How to Ride Safely in Traffic by Staying in Traffic

When Cannondale announced the recall of thousands of their CAADX bikes, I was a little shocked. My bike was one of those recalled, and I needed to bring it in to have the fork and steerer replaced after several people were injured and at least one killed due to failure of those components. Yikes. So, in anticipation of the CAADX being laid up for the cyclocross season, I went to the local hub of cyclocross, Campus Wheelworks to see what they had in stock. I glanced at the Gia 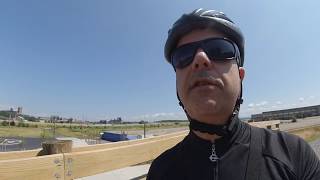 Riding the Loops at the Outer Harbor Bike Park

As cyclocross season approaches, I always have two things that I try to do as much as possible. I get out to the local cross practices, and I get on the mountain bike whenever I can. Both allow me to add a little skill sessioning to the road fitness built over the spring and summer. With the building of the new Lakeside Bike Park on the Outer Harbor, I wondered if this would be a good solution to get my MTB fix more easily? Usually, getting out to Hunter's Creek or Sprague Br 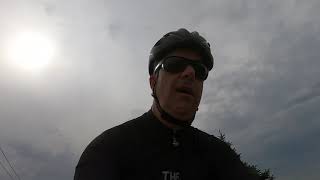 I headed down to the new mountain bike park in the outer harbor, but on the road bike just to get a peek. #MovieMonday #mountainbike 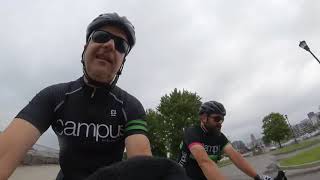 Mic Covers, Ospreys, and Botanicals...Oh My! 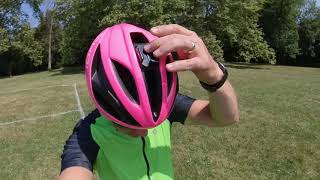 Monday CX and Some Bike Stuff

I have never been a real lover of Continental tires, but that disdain was based on bad advice a long time ago that told me the Conti Gatorskins were the best thing since sliced bread. They were awful. like riding with garden hoses. They were hard to put on. They had awful road feel. Yes, they had good puncture protection, but the experience was so bad that it ruined riding outside for me until I could get them off my bike. I was new to riding, and that is why a "friend" had 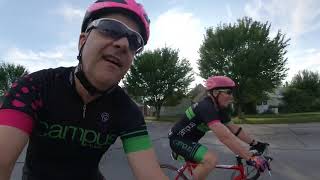 The last Campus Wheelworks Tuesday Night Ride of the year was a blast! Now, it is on to cyclocross season and Thursday Night Cross practices. The season finale was the B2A ride with John Dunn, and he led a great ride to the Central Terminal and South Park. He really hammered it, and I had a blast. The after-party saw Steph B win the Spirit of Campus Award. I am sorry I did not film it, but I knew in that low light it would have been lousy. She is well deserving of the award a